Background to the current Plaza DA on exhibition

Facts about the Development Application

The development application for Thirroul Plaza (DA 2020/363) is a proposal for a new building containing retail shops including a Coles supermarket and 82 apartments consisting of one, two and three bedrooms. The proposed development would be 3 storeys high and would fill the site of the current Thirroul Plaza and the existing carpark from Lawrence Hargrave Drive to the railway line. Two levels of underground car parking are included in the proposal.

Why we oppose the proposal

The development will be 3 storeys high and exceeds local planning requirements. If this development goes ahead it will set a precedent for future inappropriate developments in Thirroul.

A new set of traffic lights will be installed at King Street and street parking will be removed. The loss of street parking on King Street and Lawrence Hargrave Drive will have an adverse effect on local businesses and the social life of Thirroul. This will also adversely affect elderly, disabled and sick people who will be unable to park near to the chemist, medical centre, pathology centre, dentist and optometrist on King Street. 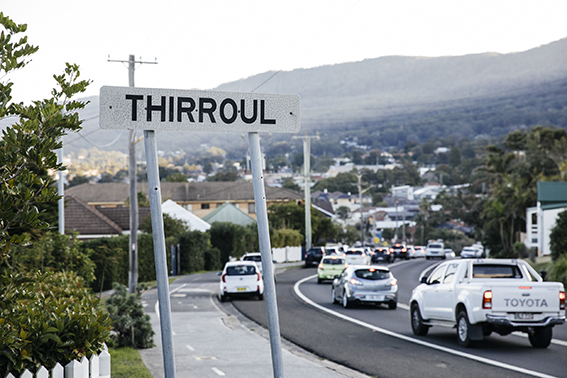 The congestion of Lawrence Hargrave Drive has led to more people travelling on the backroads including the route along Morrison Ave, Buttenshaw Drive and Foothills Road. These roads are wildlife corridors and local residents have noticed an increase in wildlife being killed by the extra cars that now use these roads. The addition of 82 units in the centre of Thirroul will add to the traffic congestion affecting both Lawrence Hargrave Drive and other roads in the area.

Safety issues with the congestion of Lawrence Hargrave Drive

As mentioned above, Lawrence Hargrave Drive is the only road in and out of Thirroul village. If 82 apartments are added to the centre of Thirroul this traffic congestion will increase. A grid-locked main road would create difficulty with evacuation in the case of an emergency, such as a bushfire. It would also make getting ambulances into Thirroul and the Northern Illawarra very difficult.

The three storey-development would block views of the escarpment from Lawrence Hargrave Drive. The letter from Wollongong Council to the architects for the proposed development (17 June 2020) states: “It is also noted that the Illawarra Escarpment Heritage Conservation Area is not included as a heritage item in the vicinity, although views from Thirroul Village Centre to the Escarpment will be impacted visually by the proposal.”

Many people choose to live in or visit Thirroul because of the natural environmental beauty of this area that is bounded by the ocean and the escarpment. With the proposed development blocking views of the Illawarra escarpment from Lawrence Hargrave there could be an adverse effect on the psychological health of residents and visitors to the Northern Illawarra.

There have been many studies, carried out worldwide, that show that living in a suburb with more trees leads to improved well-being. A study carried out by researchers at Wollongong University in 2019 found that adults in leafy neighbourhoods have a lower risk of developing psychological distress than adults living in less green neighbourhoods. Read more about this study.

Inappropriate for the site and heritage of Thirroul

The design of the proposed shopping centre/apartment complex is out of character with the other buildings in Thirroul, such as Anita's Theatre, built in 1925. Any development of this size in the heart of Thirroul needs to relate to the existing buildings and maintain the heritage values of the streetscape as required in Council’s Development Control Plan.

The new development looks modern and bland in the drawings supplied with the development application. Comments on the Thirroul Community for a Sustainable Town Centre Facebook page include: “It will be like Parramatta Road in Leichhardt” and Who wants to visit “Kogarah by the Sea?”

The community has not been consulted by the developer despite it being the biggest town centre development in Thirroul’s history. The DA was posted during the Covid 19 lockdown which has meant that it has not been possible to have face-to-face community meetings to discuss the proposal. Many residents of the Thirroul and surrounding suburbs who will be affected by this proposal do not know about it.

Have a look at the latest Thirroul Plaza DA Documents

Have a read of the report

TfNSW does not seem to make the link between them rejecting their own proposals for clearways and continuous lanes of traffic through Thirroul, sacrificing LHD Street Parking and the Thirroul Plaza DA inflicting exactly the same thing! How can a state government agency abandon their own plans, and then accept a set of plans, equally damaging to the Thirroul town centre, proposed by a private developer with private interests?

Nick McLaren from ABC Illlawarra interviews Louise Wellington at the plaza dite to discuss the issues with the Thirroul PLaza DA.

There was a great turn out at the community meeting on 7 April. We had standing room only at Club Thirroul. Have a read of the presentation. 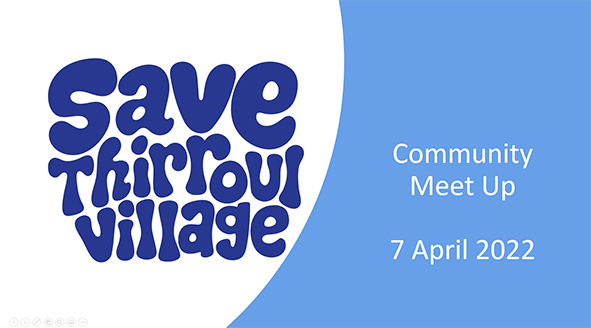 Lindsay McDougall discusses flooding in Thirroul, and concerns regarding the Thirroul Plaza Redevelopment, with Save Thirroul Village.

A great piece from ABC Illawarra mornings, 18 March 2022. Wombarra residents commissioned a report regarding the sediment runoff at the Wombarra developmet site.